If you like roll-n-write games (or even if you don’t) this is a great option for you. It has an ingenious scoring core but it is also a comfortable length of time and it has enough interaction that you are not just playing solitaire next to a bunch of people. The countless routes you can take that all intermingle and work together gives you lots to work with. Which in turn generates pure unadulterated joy.

There are many paths to take in Twice as Clever and none of them are easy. If you blink too fast you might be out of control with no balance, sending you barling towards loss. This makes every game different and exciting chase. Like all roll-n-write games, the fun of the scoring mechanism wears off. As far as these go, the Clever series packs more punch that will have you playing longer than some of its counterparts in the field.

This gets high marks in a traditionally low player interaction genre. People’s biggest complaint about roll-n-write games is that you are just playing solitaire with people, not a cohesive board game interaction. Some of these games cutely say for 1 – 100 people because it doesn’t matter, the other players do not matter. That is not the case here. Players take the main active turn one after another, but non-active players get a taste of the action and the main person has to be cognizant of that.

How the various scoring components work together is mind-blowing. Clever was the absolute right word to use. The game is simple and not too much too it which is nicely reflected in its retail price. No one is trying to overcharge you for anything. From start to finish this is a great game and what’s nice about this being the follow up is that they were able to successfully build on what was already a great game.

There is absolutely no theme here and that is kind of the point, and that’s nice, but a little something to provide extra depth or distraction is always welcome. They do get credit for neatly fitting all the wild symbols in places that make sense. There is no text whatsoever and regardless of what language you speak, you should be able to make sense of what is going on. A very efficiently grouped scorecard.

HOW TO PLAY TWICE AS CLEVER – KEY INFORMATION

BLUE – When used you add the value of the blue and white dies together regardless of where they are. You have to start in the leftmost section of the blue row. Every number recorded in this section has to be higher than the number to its left (so start low).

GREEN – You can put any number in a green spot. You start from the left and move right. The number you take is multiplied by the number in that box. The greens go in twos. The second number is subtracted from the first number and that gives you a score for that section of two. Put that number in the shape above the two boxes, if you don’t complete a set of two, no points for that.

PINK – You can put any number in the pink section, it just has to follow the rules of the box. As you move from left to right, the spaces have symbols like “less than or equal to 5” so a number has to fit that to be written in.

SILVER – In the silver section, you mark off any copy of the number rolled in the grid. When you get a column completed you get a bonus. Scoring is by taking the number of marks in each of the four rows and collecting the score bonus for each (so you will get four of these).

YELLOW – For yellow, you mark off a spot with a number corresponding to what you rolled. You get bonuses when you complete any column or row. Scoring is based on the total number of boxes you checked off in the entire yellow section.

WHITE – White is wild and has no home. You can use it for any color you would like. If you use it as blue in a roll, you still add it with the existing blue die to determine the total for that section.

REROLL – The Reroll Bonus is the symbol of the three arrows moving in a circle, kind of like a recycling logo. This bonus lets you reroll one or many dice from any roll. You can also use multiple of these in a single roll. You can use them as many times as you want, as long as you have accrued that many to use.

RETURN – The Return Bonus is the symbol of the box with the arrow coming out of it. With this, you are able to return a die that has already placed on the silver tray back into your next roll.

DOUBLE USE – The Double Use Bonus is the “+1” symbol. This symbol lets you double up any used die. So if you scored a white 6, you could use this to create another white six score mark on your sheet without affecting your other rolls.

SHEET BONUS TRIGGERS – There are several little colored symbols all over your scoring sheets, under cells and at the end of columns and rows. When you complete a cell or a column or row and you see one of these, it triggers and you get that bonus. If you get a pink question mark from completing a row in yellow, for example, you get to add a bonus score to the pink row. The number is always the best possible number that could be possible (so 6 if you want a high number and 1 if you want a low number).

FOX – One symbol not yet explained is the Fox, a little red cartoonish guy. This is a very important symbol that wins games. The fox is equal to whatever the total of your lowest scoring section is. So if you do great in everything, but have a zero in yellow, the fox is equal to zero. A key to mastering how to play Twice As Clever.

HOW TO PLAY TWICE AS CLEVER – STEP BY STEP

This is a step by step guide for how to play Twice As Clever the popular strategy roll-n-write board game. Additional notions and special rules can be found below the list. These will be referenced for your convenience.

1. SETUP | Give Each Player ScoresheetThe game comes with a pad of disposable score sheet. How to play Twice As Clever starts here. Every player gets one and a writing utensil (the game comes with felt pens). At the top of the sheet, it shows how many rounds the game will be based on players. Mark off the rounds you are not playing now so everyone remembers.

2. SETUP | Put Dice Tray and Dice in Center The game box with its little well and raised art of a tray is used in the game. Place this and the dice in the center. You can roll in the well and as you roll, you will need to put dice on that tray, which will matter. This is the last setup step of how to play Twice As Clever before gameplay begins.

3. GAMEPLAY | Active Player Rolls the Dice in 3 RoundsDecided who goes first, they will kick off rolling. They roll six dice and go through three rolls to get (hopefully) at least three different scores marked on their sheet per turn. The dice rolling mechanic is unique to the clever games. On your first roll you choose one of the six dice to score (we go more into this below). For your second roll, the die you just chose and ANY DIE LOWER THAN IT is removed. Dice you use are placed temporarily on your score sheet and any dice removed for being lower are put on the silver box tray. This happens again for your third round. It is supposed to get harder as you go but stop you from getting all the best dice right off the bat. This is why you might also not get three scores, maybe you are out of dice by round three.

4. GAMEPLAY | Scoring Spots Explained You want to match colored dice to their appropriate scoring section and each one is different. To see this in detail see scoring spots explained in the key information spot below. Each number corresponds to its colored section with the exception of the white die. The white die is wild, to be used for any color, and it also gets added to the blue number whenever that is used, which is key to that particular section. Figuring out exactly what to take as you learn how to play Twice As Clever is one of those things that just takes experience.

5. GAMEPLAY | Active Player Uses Any ActionsThere are three different bonus actions that you will gain throughout the game that are one-time use, but you can use them whenever you want. They are the (1) Reroll, (2) Return and (2) Double Use. Read more in the bonus actions explained section below. There is a spot on the top of your sheet to circle these when you get them and X them out when you use them.

6. GAMEPLAY | Passive Players Make ScoreAfter the active player does their three rolls, all the other players in the game get to get in on the action. All passive players get to score an action using any one die that is on the active player’s tray. That’s right, the person whose turn it is not needs to pay attention to this how to play Twice As Clever step.

7. GAMEPLAY | Pass and RepeatAfter a player is done, they pass the dice clockwise and the next player does it all over again. A round is completed when all players playing have played once. Keep an eye out as sometimes bonuses are triggered in between rounds. Learning how to play Twice As Clever is the easy part, knowing what to put down when is the hard part. There are a few complex things to wrap your head around in how to play Twice As Clever, but it is not that bad.

8. GAME ENDS | Complete Set Number of RoundsThe game ends after a set number of rounds depending on number of players. In a 2-player it is four rounds, 3-player is five rounds and 4-player is six rounds.

9. WINNING | High Score Total WinsAdd up the final totals for each scoring section (see scoring sections explained below for more). Then add in your fox bonus. The fox is equal to whatever your lowest section score was. This is why it is important to be diverse and spread out, not just hitting one section hard. High score wins.

HOW TO PLAY TWICE AS CLEVER – WHAT IS IT?

Twice As Clever has no theme or any backstory to discuss, it’s all about the numbers and the crazy things you need to do with them. In the game, you have a score sheet with five distinct scoring areas that work in different ways. One is a grid where completing specific sets of numbers give bonuses, one scores the difference between two numbers, one has to go in numerical order, etc. It feels like a traditional rolling game that quickly makes you do a double-take and say to yourself, wow that was clever. Even though there is no backstory, the graphics, colors and symbols tell the story of this crazy clever game. 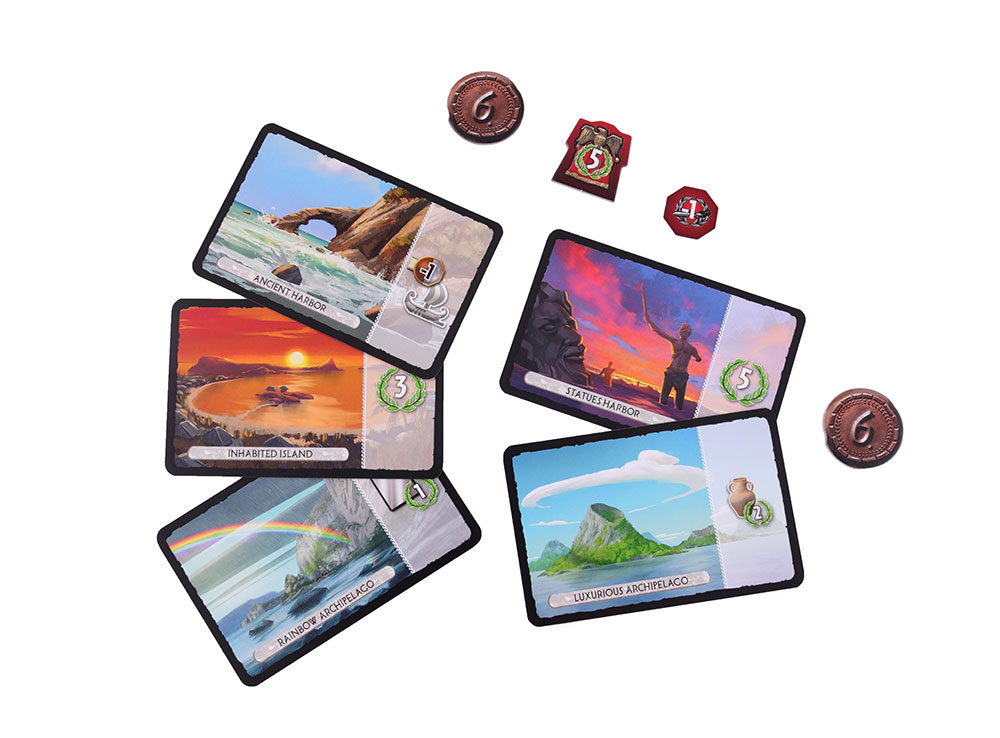 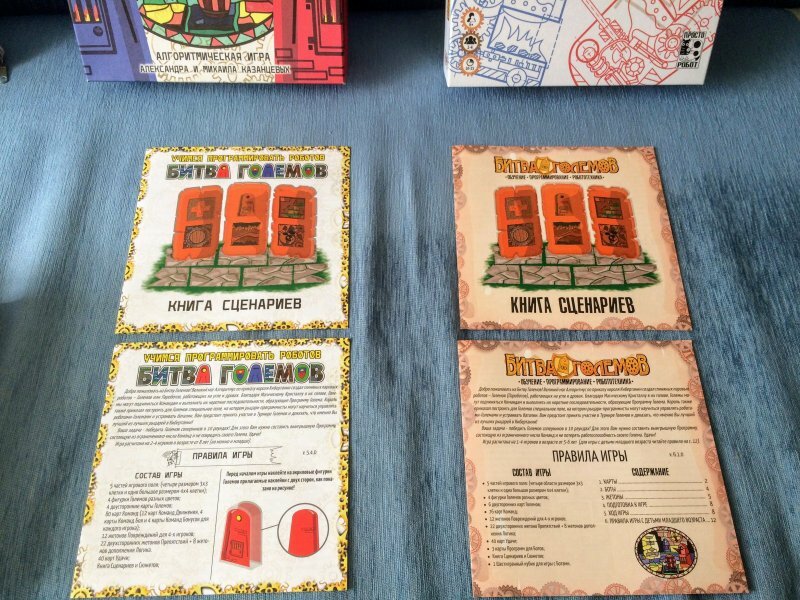 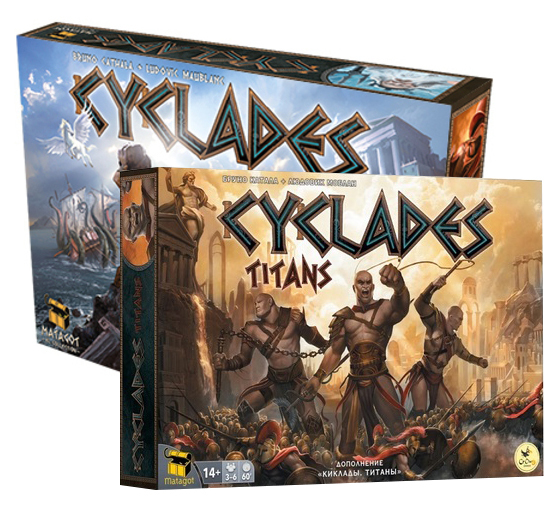 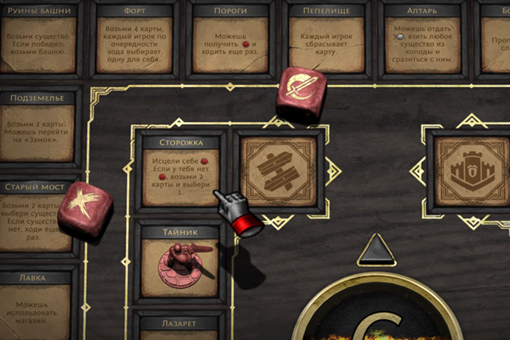 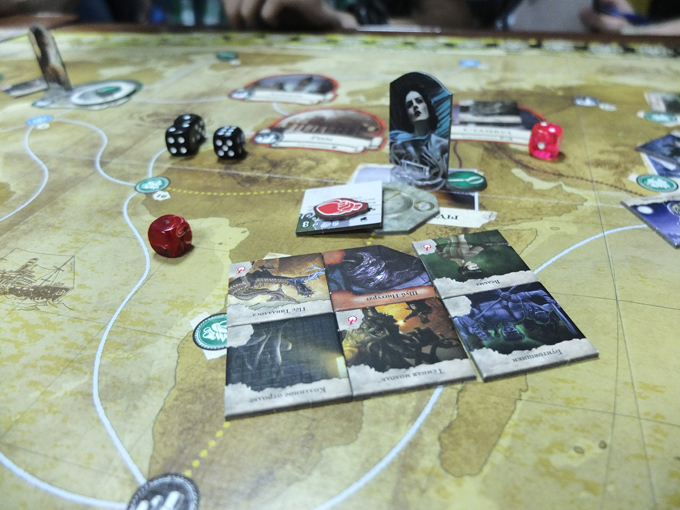 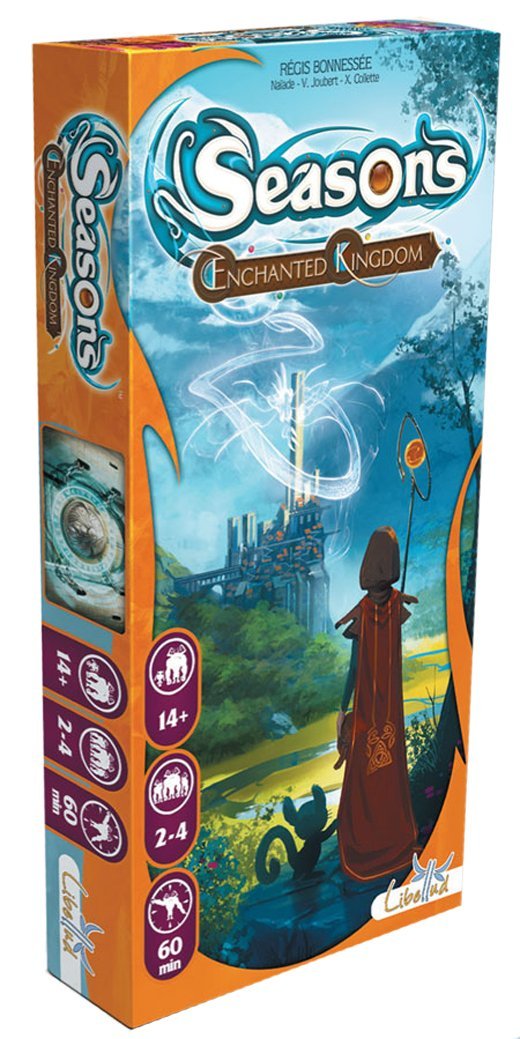